Find this article at:
go.ncsu.edu/readext?474954
— Written By NC State Extension

Over the last several weeks we have had reports of tall fescue turf “browning out” (see photos below).

We have observed and received numerous reports of winter injury on tall fescue following the night of March 29. A number of lawn care operators, landscape management companies and individual homeowners from all around the state including Alamance, Catawba, Mecklenburg, Moore and Wake counties noticed this problem after March 29 when overnight temperatures dipped into the low 20’s. The key symptom has been limited mostly to the leaf tips. It appeared to be especially prevalent on well fertilized turf with more lush growth and also on turf that was not as mature which may have been seeded in late fall as either a new planting or a renovation to increase stand density.

There is good news at this point. Turf that was severely affected is recovering with warmer weather and mowing which removes the damaged leaf tissue. Given good growing conditions expected over the next week, turf should continue to recover without severe long term problems expected.

As for warm-season grasses, current (mid-April) turf conditions suggest this may be a better spring for warm-season grasses than the last two. Bermudagrasses and centipedegrass grasses are just starting to green while zoysiagrass with sun exposure seems to be coming on strong. We have also noted that bermudagrass greens that were covered for the low temperatures are mostly green whereas uncovered greens are at least a couple of weeks behind.

Diseases such as dollar spot on creeping bentgrass, Pythium blight on ultradwarf bermudagrass putting greens, and large patch on warm-season turfgrasses have been diagnosed in recent weeks, but the occurrence at this time does not seem to be elevated above what would be expected for this time of year. If the spring stays wet, this may change. 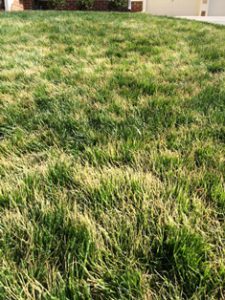 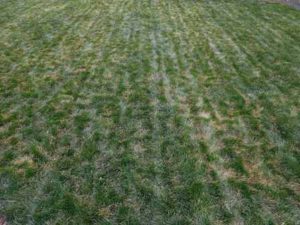 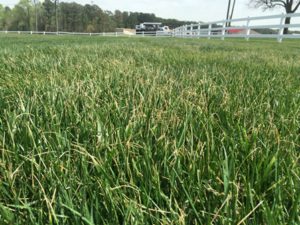