Find this article at:
go.ncsu.edu/readext?370779
— Written By Lucy Bradley

The Path to Successful Gardening 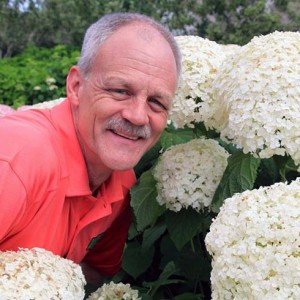 Knowing the art and science of plant identification and plant nomenclature (names) makes all kinds of gardeners (novice all the way to hardcore) more successful in their gardening endeavors. This class will equip you with the basics of plant identification, allowing you to expand and enhance your plant identification skills and abilities. By knowing some basic plant anatomy and morphology you will be able to tell the difference between all kinds of plants that at first glance appear to be very similar and therefore confusing (“is that a boxwood or a Japanese holly?”) We will spend lots of time every week in the “outdoor classroom” called the JC Raulston Arboretum looking at, and identifying plants. Don’t worry, you will learn a lot plus it’ll be lots of fun!

This six-week course is designed for all gardeners who want to learn, and/or improve their plant identification skills. Whether you are just a beginner, a novice, just moved to this area, or an advanced gardener, this course is designed to help us all become better gardeners!

Bryce grew up in Western Massachusetts, where he discovered his passion for plants and telling others about them, working at a local garden center through high school and college. After earning his B.S. in plant science from the University of Massachusetts in 1979 and an M.S. in horticulture from The Ohio State University in 1981, he came to the Department of Horticultural Science at NC State University as a lecturer, teaching in both the two-year and four-year programs. He taught plant identification at NC State for 18 years. In 1987, he became the undergraduate coordinator, serving the department in that capacity for 26 years. Bryce taught both large and small courses, for majors and non-majors. In the past 30+ years, he has taught more than 20,000 students. He has received numerous local, regional, and national teaching awards and is frequently invited to speak at many workshops and symposia, about teaching as well as horticulture and gardening. He hosted and produced a three-time, Emmy winning UNC TV public television show called “In the Garden With Bryce Lane” which was on the air for 11 seasons. Most importantly, he has been married for 37 years to his high school sweetheart, has two happily married daughters, and six incredible grandchildren.

Bryce retired from NC State in January 2014, and is now spending more time with his family, pursuing the next chapter in his public speaking career, and teaching part time at NC State and the JC Raulston Arboretum. He served as interim director of the JC Raulston Arboretum from July through November 2014. He is an avid gardener who has gardened in the same spot for 32 years!